West Warwick 9-Year-Old All Stars have a Memorable Summer Run!

The West Warwick Cal Ripken league has had a long history of success during All-Star play in the summer. After going eight years (2007) without winning the 9-year-old State Championship, West Warwick staked claim to their second consecutive title by sweeping through the State Tournament.

With the win, they represented Rhode Island in the New England Regional held in Keene, New Hampshire.

A recap of their All-Star season follows:

After a slow start, the 9-year-old All Stars of West Warwick scored a bevy of runs late in the game to defeat Washington Park, 15-1, in the opening round of the Rhode Island State Tournament.

In the top of the first inning, West Warwick took a 1-0 lead when Josh Pedus singled with one out, stole second base and scored on a single by Karl Swanson. In the third inning, WW extended their lead to 4-0 when they scored three runs on four hits, one error and a fielder’s choice. After Mason Costello reached on an error, James Proulx, Josh Pedus Karl Swanson (two-run single) and Tyler Garafalo (rbi single) had four consecutive hits.

While Dominic Carollo dominated the Washington Park line up with 10 strikeouts in four innings of work, West Warwick built a commanding 8-0 lead.

The flood gates opened up for West Warwick in the top of the sixth inning when they scored seven more runs on six walks, one hit batsmen and hits by James Proulx (rbi double) and Josh Pedus (rbi single).

Led by an onslaught of 17 hits, West Warwick came from behind to defeat CLCF, 15-6, in the Winner’s Bracket Final. Trailing 6-4 after three innings,

West Warwick exploded for 9 runs over the last three innings against CLCF.

Picking up the victory in relief was Josh Pedus, who retired ten consecutive batters to end the game. In four innings of work, Pedus allowed no hits, struck out ten and walked only one.

After breaking up a scoreless game after two innings, West Warwick cruised to a 15-3 victory in four innings.

Picking up the victory for WW was Dominic Carollo who struck out nine batters in four innings of work.

After traveling and participating in team night, the 9-Year-Old All Stars from West Warwick lost their first game of pool play to Londonderry of New Hampshire, 10-2.

Things started out well for West Warwick as they jumped out to an early 1-0 lead when James Proulx walked and two outs later scored on Dominic Carollo’s rbi double.

Unfortunately for the Rhode Island team in orange and black that would be the only highlight for them. Over the next five innings, the New Hampshire champion displayed some solid hitting with four extra base hits (one double and three triples) while scoring in each inning.

Despite the strong pitching effort of Josh Pedus, West Warwick lost their second game of pool play, 6-2 to Gorham, Maine.

In the top of the second inning, WW took a 1-0 lead when Tyler Garafolo reached on a triple and scored a sacrifice bunt by CJ Bousquet.

That lead lasted until the bottom of the third when Gorham scored three runs on two walks, one error and one extra base hit.

Down 3-1, West Warwick scored a run the top of the fifth inning when Max Costello walked and scored on a two-out rbi single by Josh Pedus. Unfortunately for the 9’s, they could not garner one run, leaving the bases loaded.

In their final game of pool play, West Warwick simply ran into the hot bats of Freetown/Lakeville who had 9 hits including two doubles and one triple. The Eastern Massachusetts’ representative jumped out to an early 5-0 lead and coasted to a 12-2 victory in five innings of play.

Down 9-0 in the bottom of the fourth inning, WW scored one run when Josh Pedus (2/2) singled, advanced to second base and scored on Dominic Carollo’s rbi single.

After giving up three run in the top of the fifth inning, WW received back to back double from Julian Threats and CJ Bousquet to make the score 12-2.

After going 0-3 in pool play, one would have thought that West Warwick would have been an easy team to face in the first game of the Elimination Round.

However, the Western Massachusetts’ Champion, Marlboro, found the Orange and Black 9-Year-Old All Stars the toughest draw the tournament.

After falling behind 1-0, West Warwick tied the game at 1-1 when Karl Swanson led off with a single, stole second based and advanced to third base on a single by Joey Riviera. Swanson scored the tying run when Mason Wallad and Owen Stearns worked back to back walks.

While Dominic Carollo, who struck out ten batters in six innings, shut down Marlboro’s offense for the first four innings, the 9’s built a 3-1 lead.

In the top of the third inning, they scored two runs on three walks (James Proulx, Tyler Garafalo and Joey Rivera) and timely hits by Josh Pedus (rbi double) and Karl Swanson (rbi single). With the bases loaded, it seemed that they would break open the game when Mason Wallad scorched a line drive headed to right-centerfield which was caught by Marlboro’s second baseman.

In the fifth inning, WW added another run for a 4-1 lead after Josh Pedus (lead-off triple) scored on a single by Dominic Carollo. Marlboro, who had been stymied by Carollo’s efforts on the mound, opportunistically scored four runs on two errors, one walk and two hits for a 5-4 lead.

West Warwick staged a magical comeback with two-outs in the sixth inning. Owen Stearns started the rally with a walk. After advancing to second base, Stearns scored on a single by James Proulx to tie the game at 5-5. Josh Pedus followed with his third hit of the game to score Proulx for a 6-5 lead.

Down 6-5, Marlboro staged a memorable comeback of their own by scoring two runs to escape with a 7-6 win. Offensively, 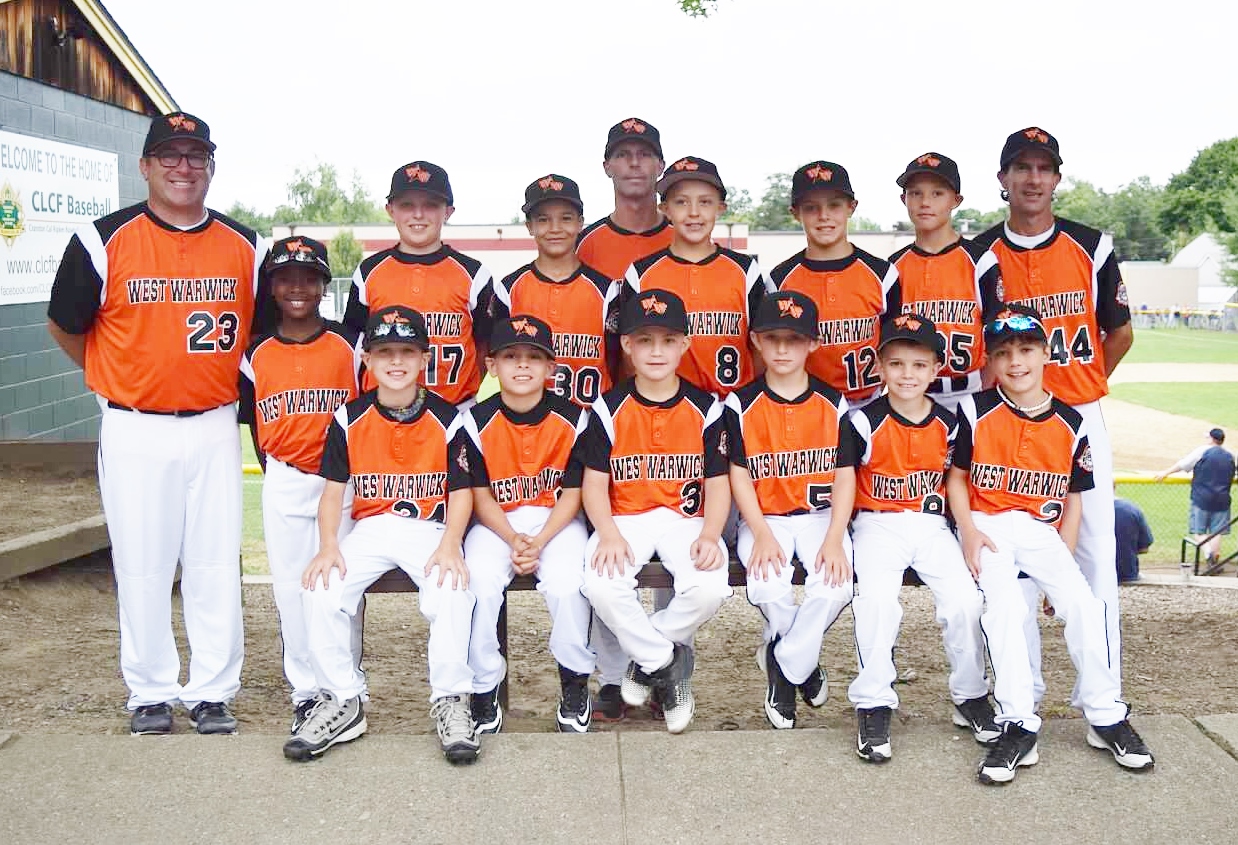