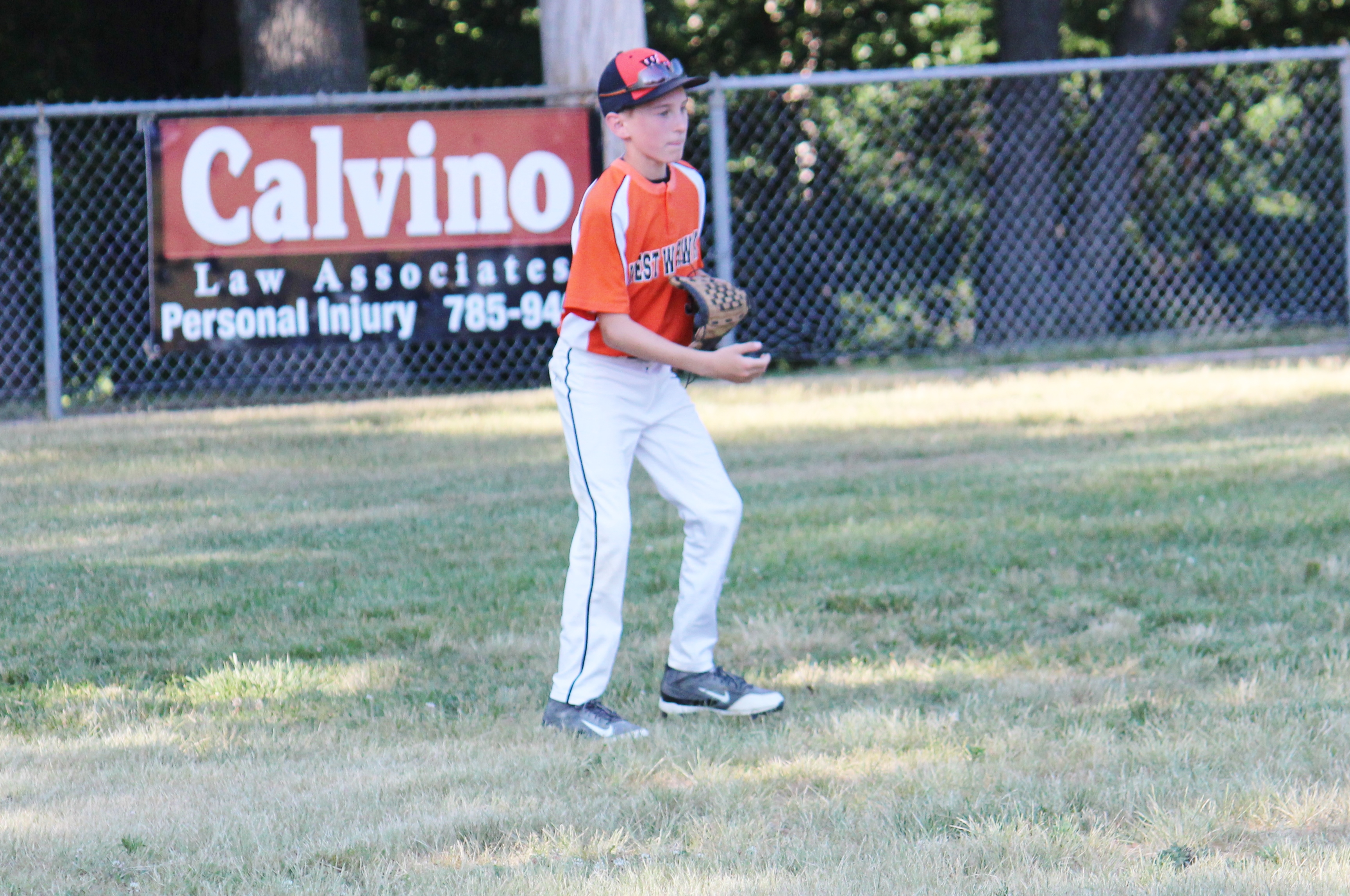 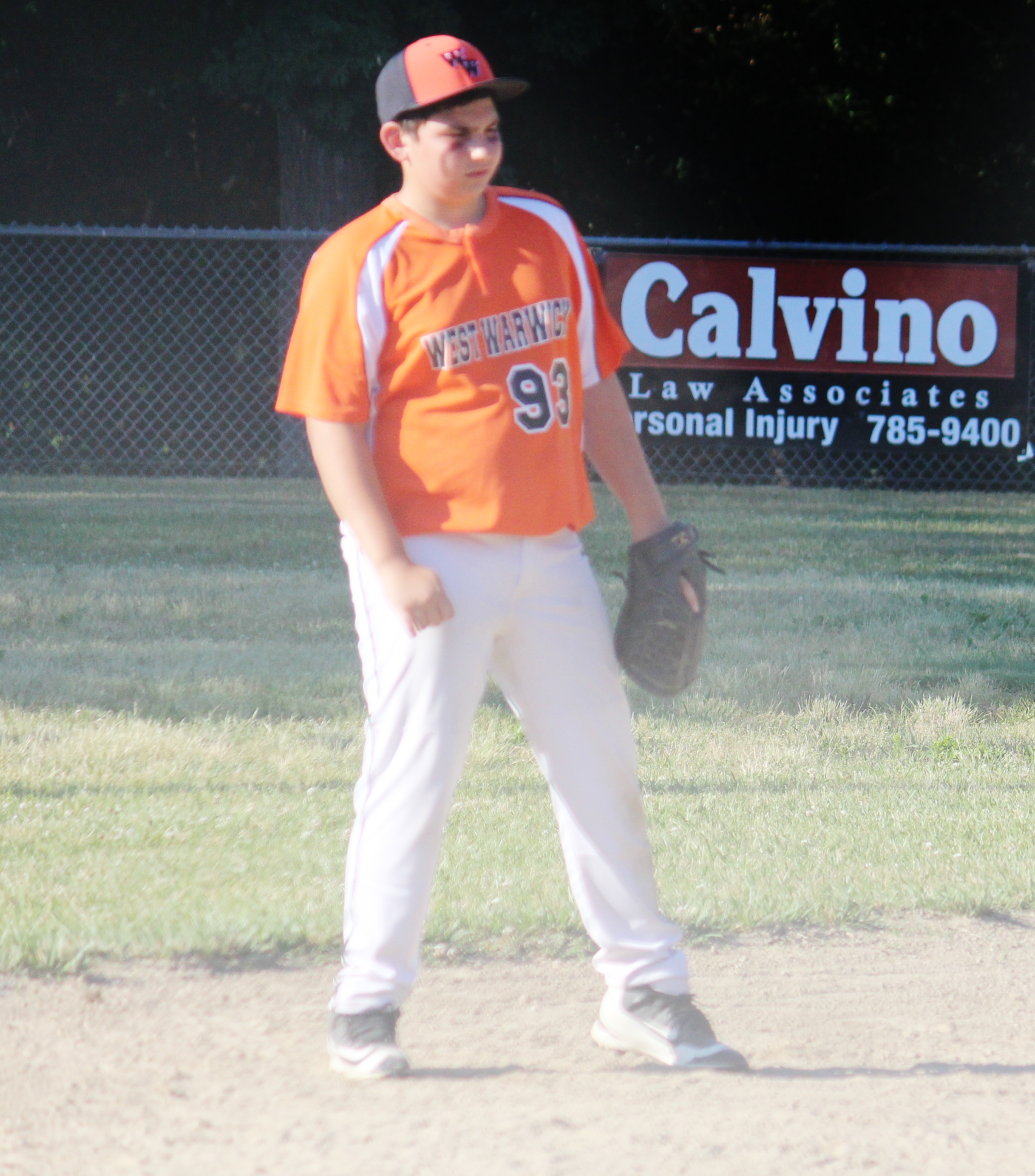 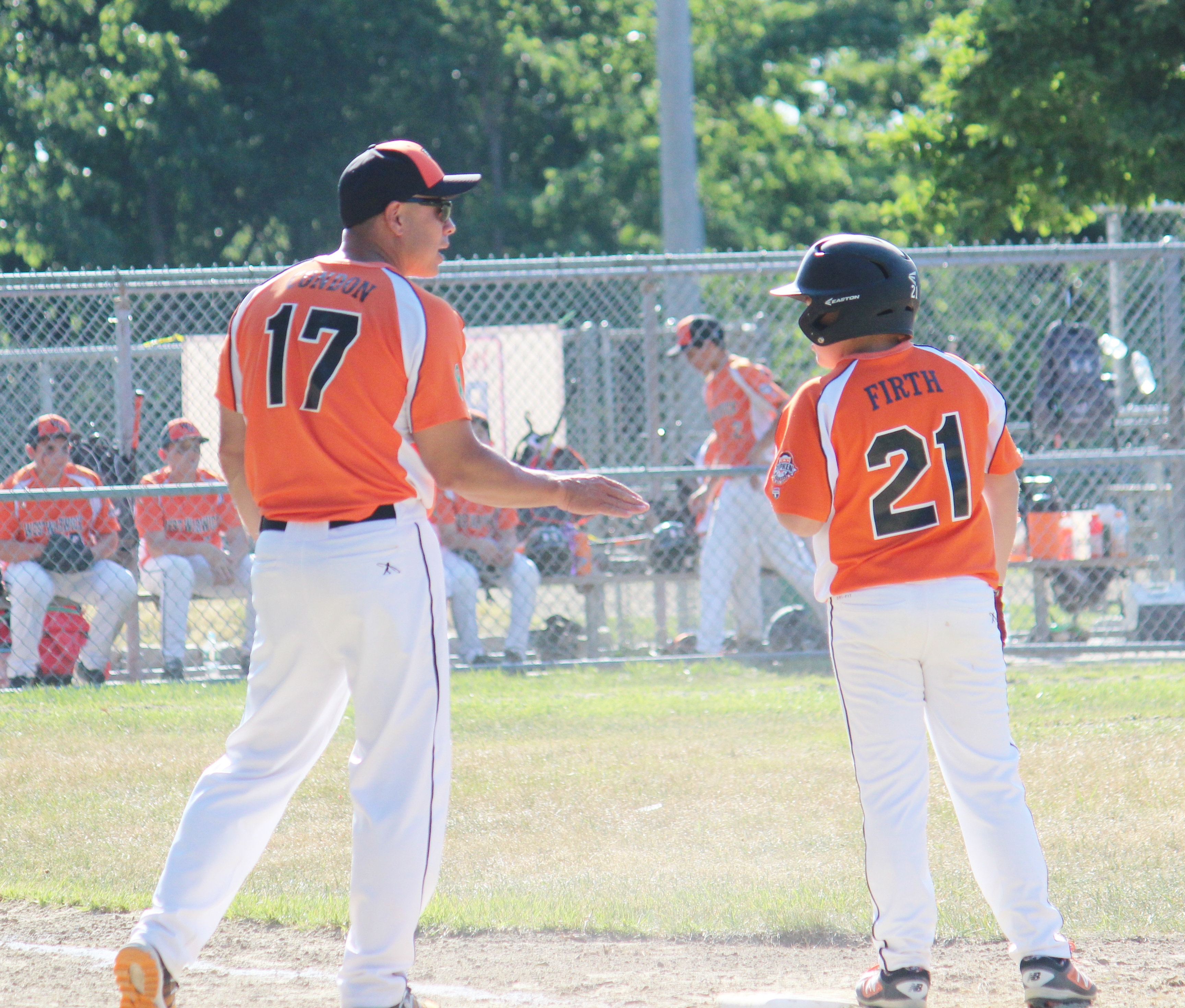 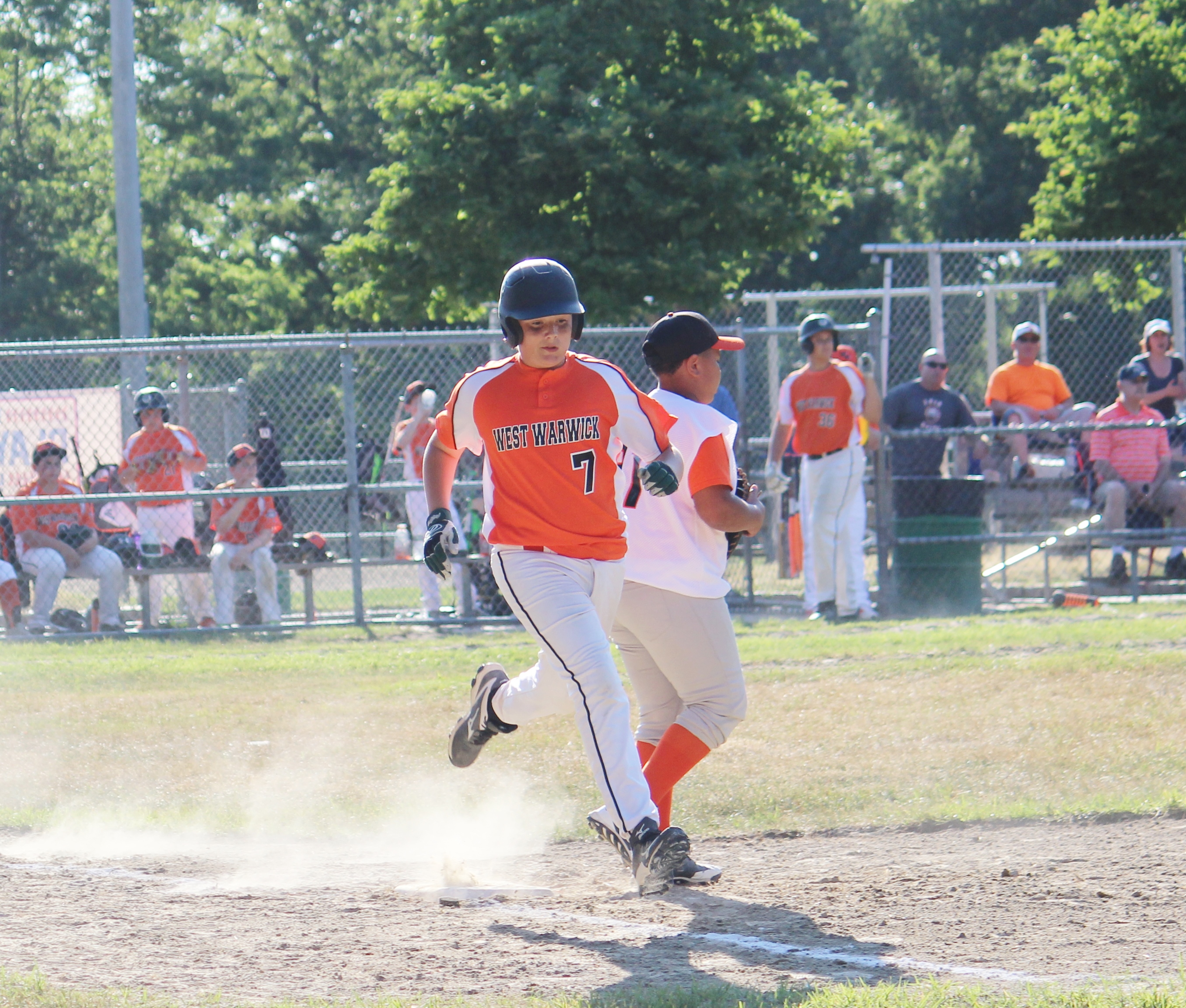 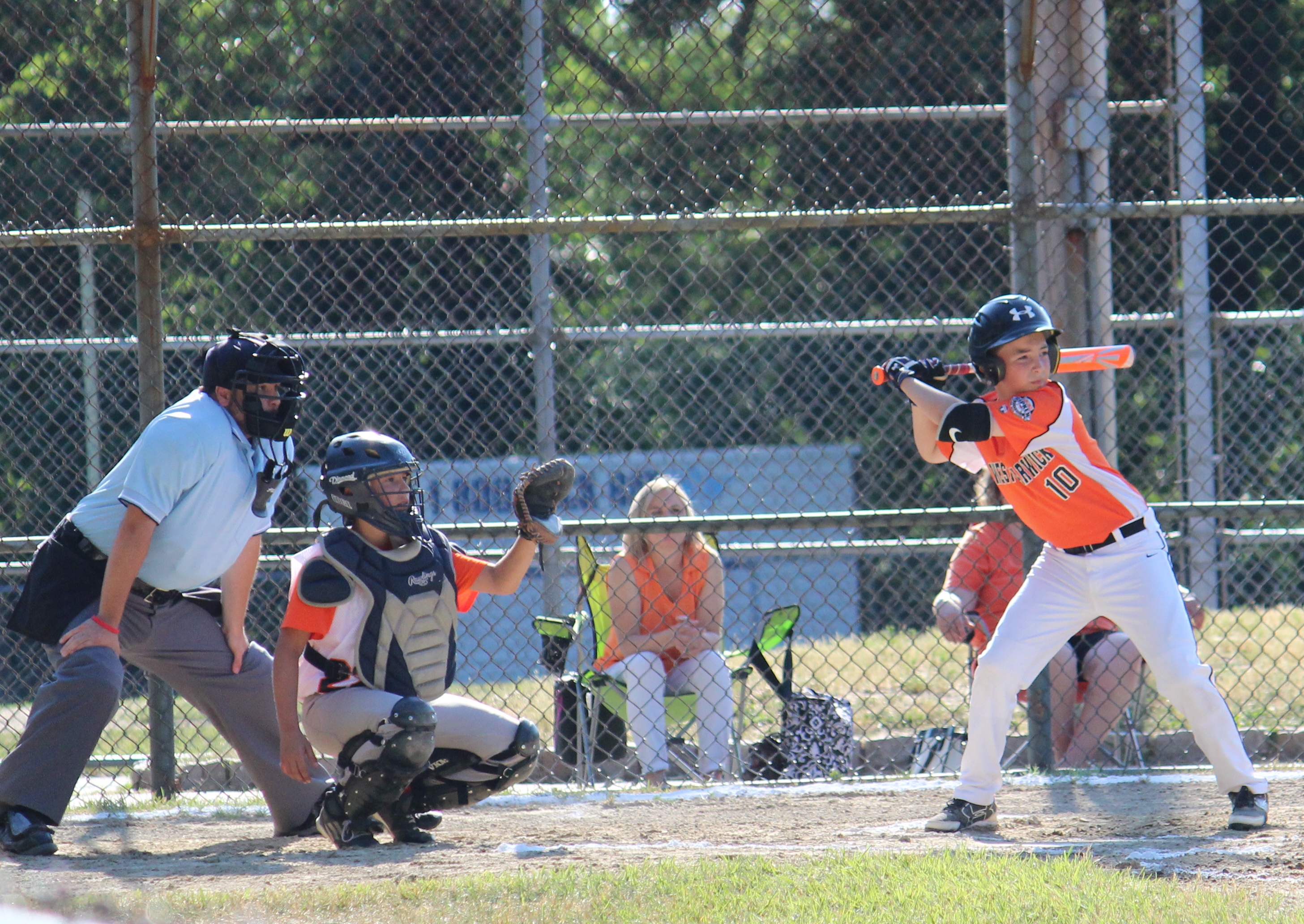 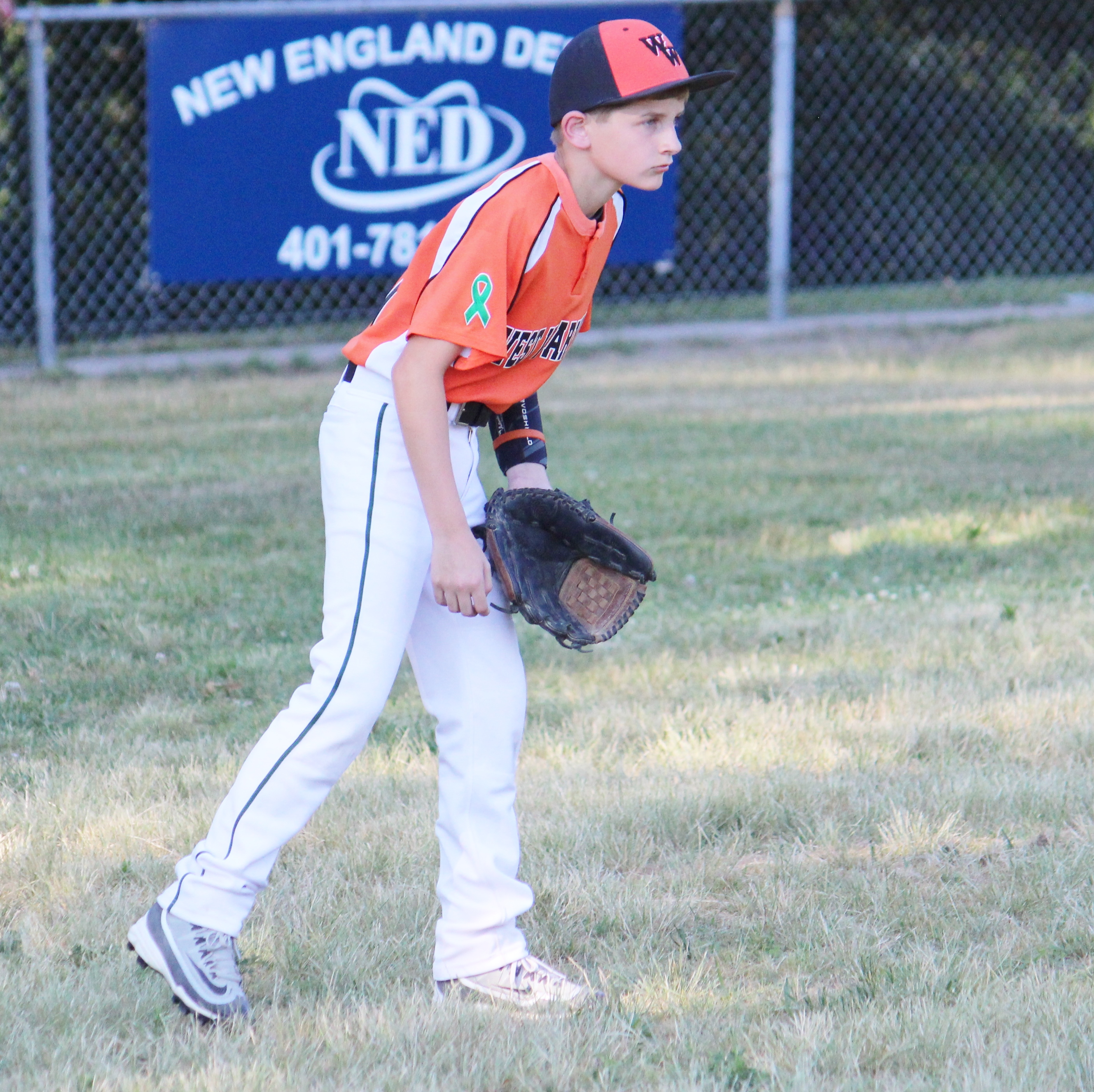 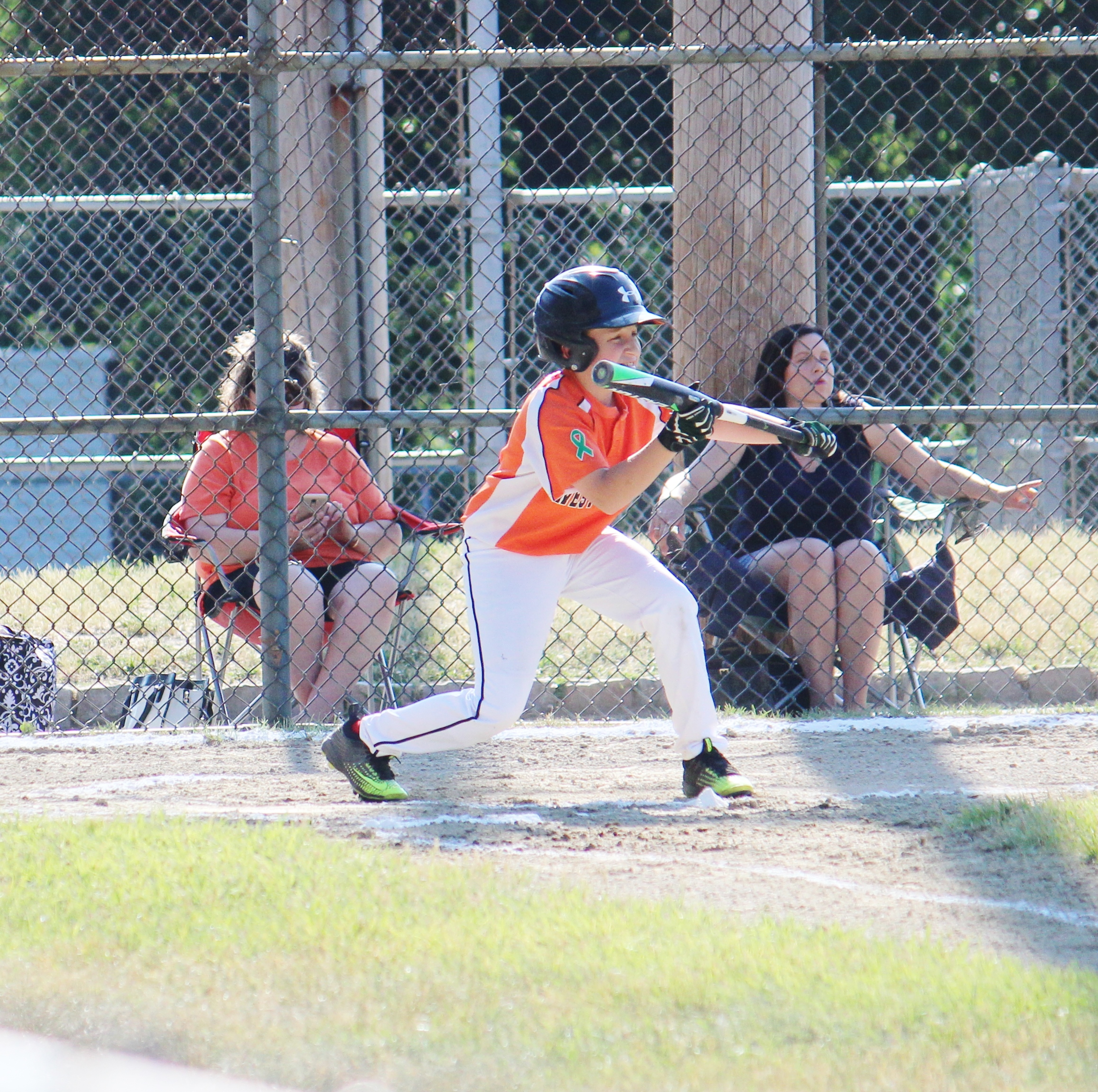 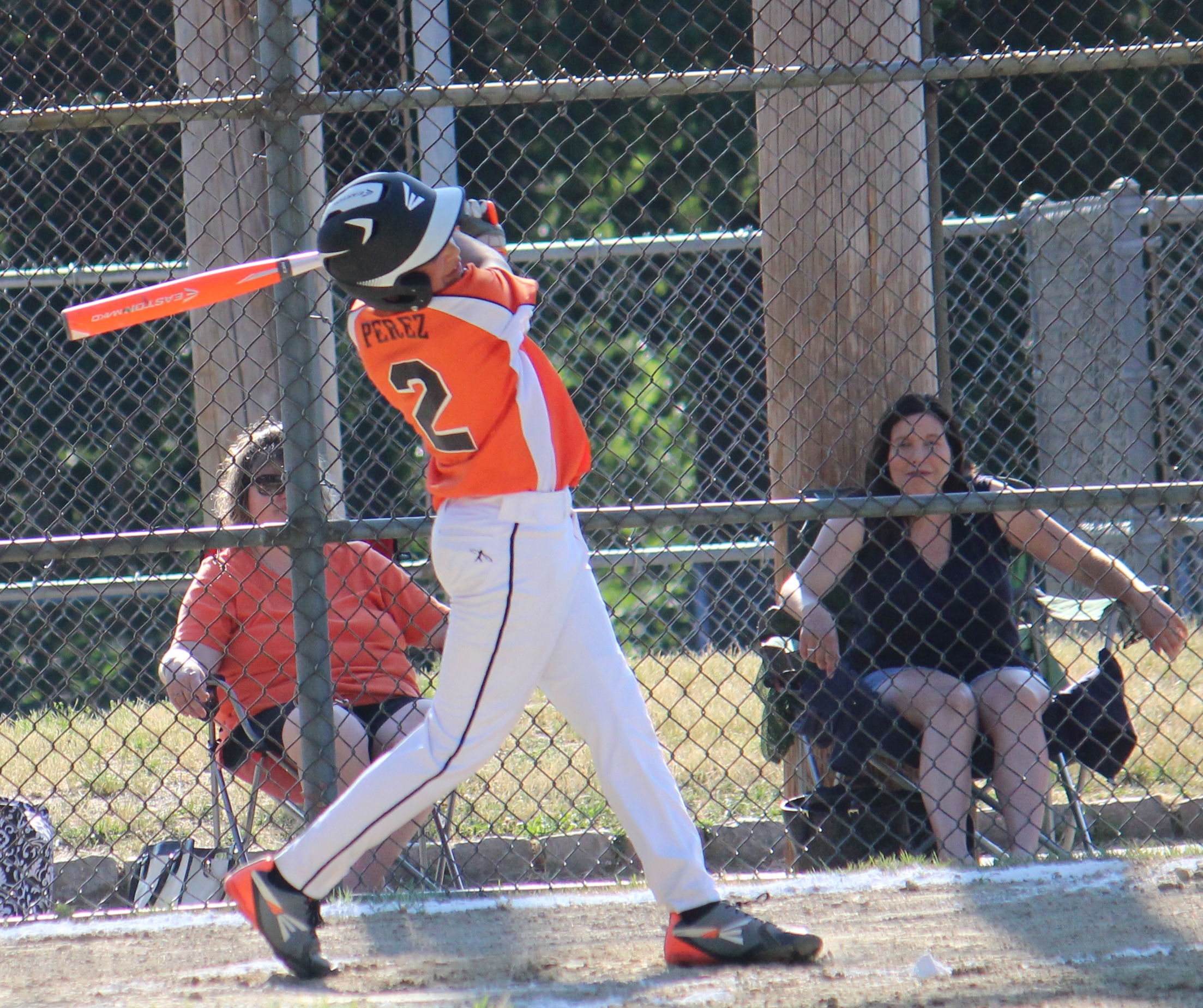 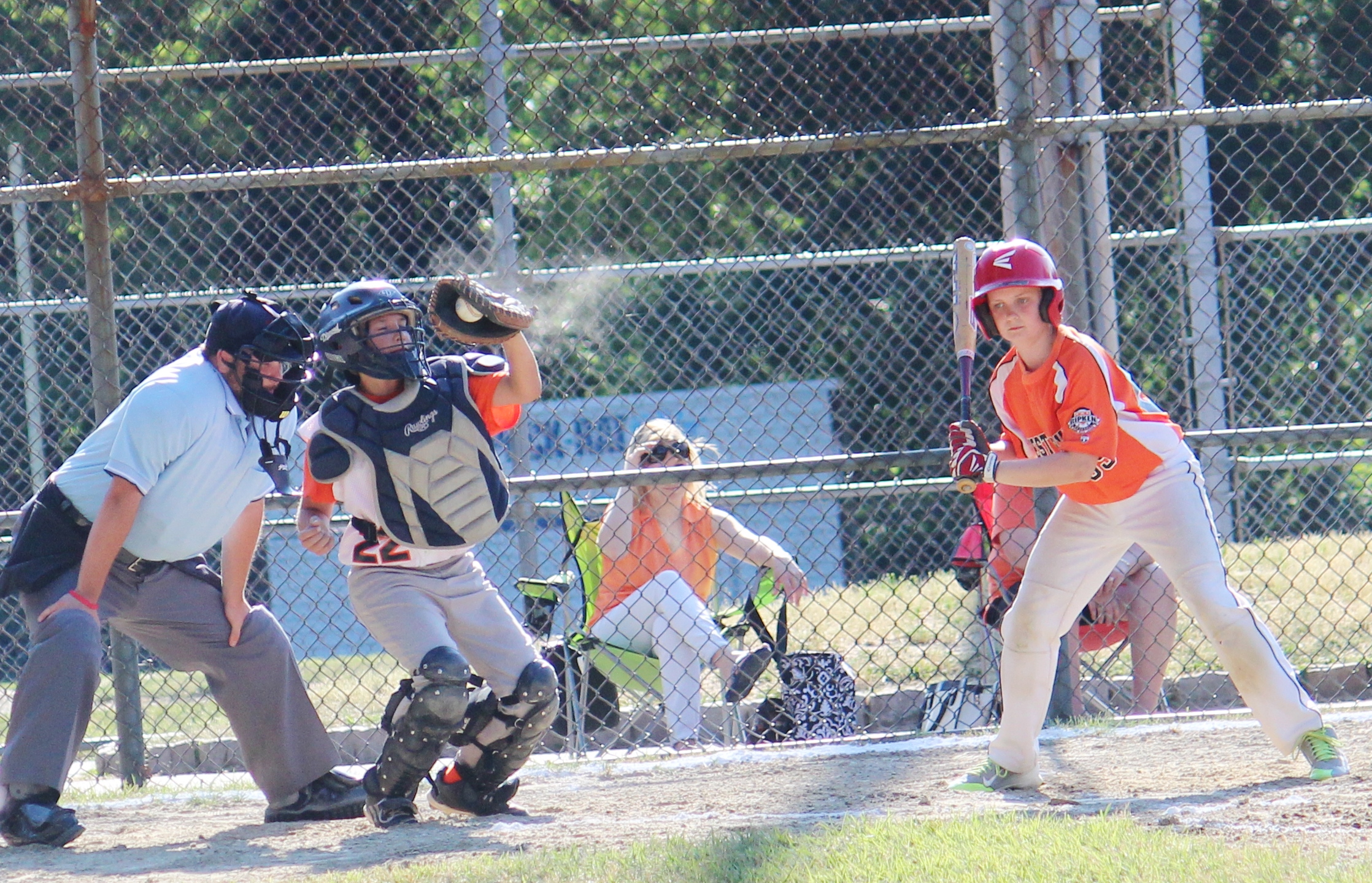 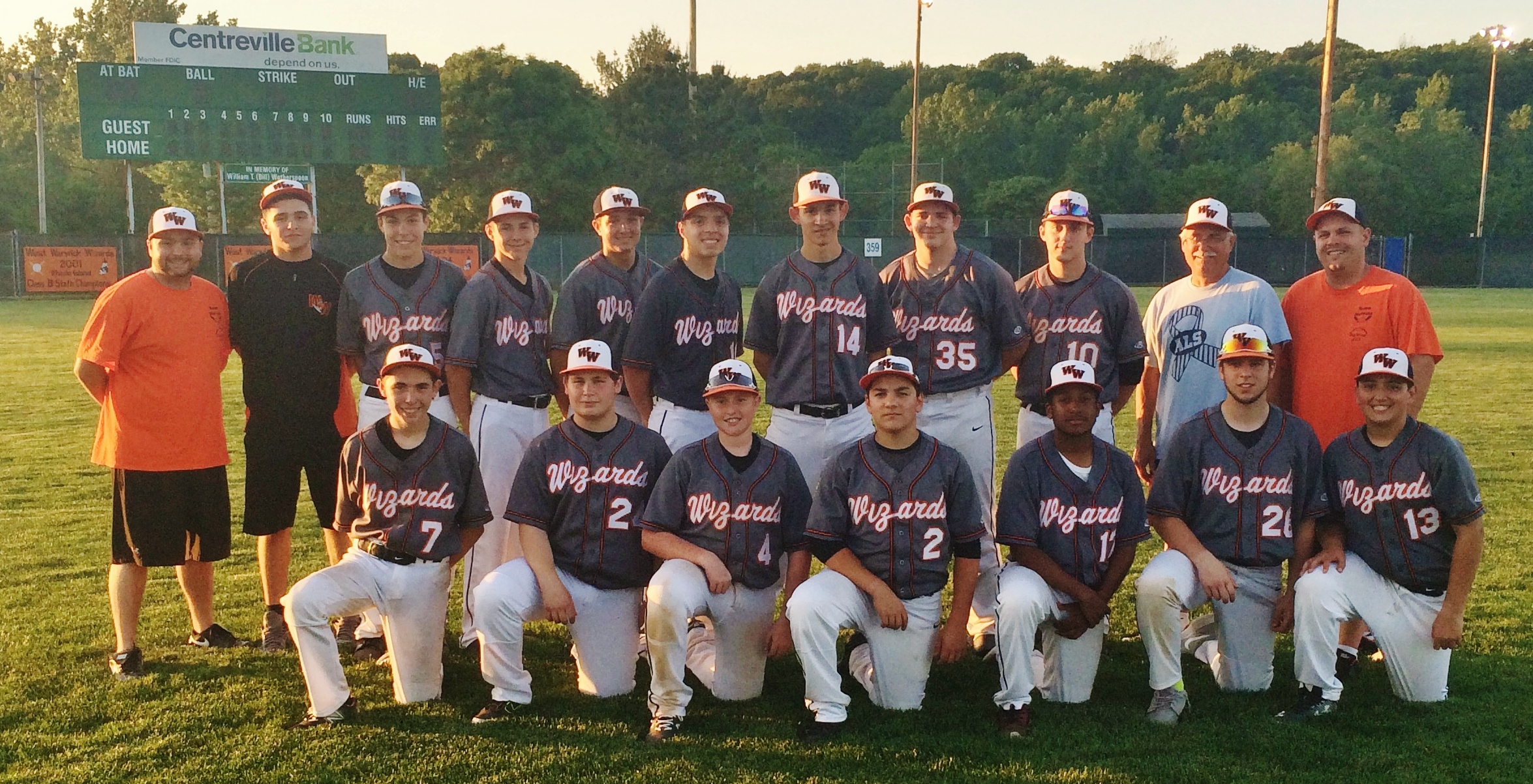 As the summer moves toward All-Star play, the West Warwick Cal Ripken League, once again, had a solid year of baseball in league play.

During the year, there were list of memorable moments from several departing 12-year-olds. Included on that list were the WWCRL’s version of the “Bash Brothers,” Justin Perez and Alex Titelis, who accounted for eight home runs. In addition to both of them, teammate Calvin Battersby had several multiple hit games and finished the year with a batting average over .500. The Red Sox, who won 11 games during the season, received solid years from Ty Condon (41/61, .672 batting average with 14 doubles, 2 triples, 35 runs scored and 25 rbi’s), Adam Marsh (18/55, .327 batting average with 8 doubles, 3 triples, 13 runs scored and 24 rbi’s) and Jack Boulay (15/44, .341 batting average with 3 doubles, 1 triple, 22 runs scored and 14 rbi’s). In addition to their outstanding offensive output, Marsh and Condon combined to allow just 22 earned runs while striking out 124 in 60 innings of work. For the Rays, Kyle Curran, who ended the year on a 7 game hitting streak, finished with a batting average over .400.

As for a theme song for this year’s Major Division, it would probably be the 1970’s rendition, “And the Beat Goes On,” by Sonny and Cher.

The West Warwick PIC Athletics, who finished first for the fourth consecutive year in seasonal play with a 14-1 record, won three straight games and captured their fourth consecutive WWCRL Major Division Playoff Championship. Having won in 2013, 2014 and 2015, the A’s capped off an unprecedented “4-Peat” with a come from behind 6-5 victory over a resilient Red Sox nine, who played six playoff games in six straight days.

During league play this year, the Athletics, who finished off a four-year span winning over 70 games, lost their only game of the season in the last week of the season to the Hampton Inn Yankees (8-5-2) who finished in second place. They were closely followed by the Red Sox (7-6-2) and the Bill’s Pizza Rays (7-8) in league play.

A recap of the 2016 Cal Ripken playoff follows:

In the Opening Round of the WWCRL playoffs, the Builder’s Surplus Red Sox defeated the Elmwood Sports Orioles, 14-6, to advance to the Winner’s Bracket Semi-Finals.

Derek Petrarca, who picked up the victory, allowed just one earned run while striking out six batters in five innings of work. After the Orioles scored two runs on a double by Sean White and a triple by Tyler Artruc (2/3 with 2 rbi’s), the Red Sox scored eight runs over the next three innings to take control of the game.

In the bottom of the first inning, the Red Sox scored four runs on two walks (Jack Boulay and James Proulx) and rbi hits by Ty Condon (single) and Kaidyn Mitchell (triple).

The Sox increased their lead to 8-4 in the third inning with three consecutive extra base hits by Condon (triple), Adam Marsh (triple) and Mitchell (double).

Offensively, the Red Sox had two players (Condon and Mitchell) who just missed hitting for the cycle.

Led by the solid pitching of a quartet of pitchers and timely hitting, the WW PIC Athletics began defense of their three-year reign as champions with a 10-4 victory over the Bill’s Pizza Rays.

Up 1-0 in the bottom of the second inning, the A’s opened up a 7-0 lead with six runs on four walks (Ethan Chasse, Lane Davide, Reese Davide and Jesse Principe), a two-run single by Brendan Griffin, two-run triple by Liam Gravier and rbi single by Marc Cesana.

The Rays came right back with four runs in the top of the third inning on a walk, hit batsmen and hits by Billy Costello (two-run double), Devyn Glenn (double) and Nolan Wilkicki (rbi single).

The Athletics, however, scored three more runs in the bottom of the third inning on a walk to Ivan Matteson and back to back singles by Quinn Kortick and Brendan Griffin for a 10-4 advantage.

Billy Costello (2/3 with one double and one triple) did a solid job in relief by allowing just three hits and striking out 7 batters in 3 1/3 innings of work.

After tying each other twice during the year, fans knew that the Winner’s Bracket Semi-Final game between the Hampton Inn Yankees and Red Sox would probably come down to the last at bat.

In opportunistic fashion, the Yankees edged the Red Sox, 13-12, in extra innings.

Builder’s Surplus jumped out to an early 2-0 lead courtesy of a double by Ty Condon, a walk to Adam March and a two-0run single by Kaidyn Mitchell.

After the Red Sox took a 3-1 lead into the bottom of the second inning, Hampton Inn scored four runs on two walks (Elijah Payne and Cole O’Brien), one error and singles by Calvin Battersby and Logan Dean.

Down 6-3, the Red Sox scored two runs on an error and three consecutive hits by Condon (single) Marsh (double) and Mitchell (single). The Yankees, however, seemed destined to win when they upped their lead to 8-5 in the bottom half of the inning. Justin Perez (lead-off double) and Alex Titelis (single) scored on a Davion Alves two-run triple to right-center.

In the bottom of the fifth inning, Calvin Battersby (triple), Justin Perez (single) and AJ Hernandez (singled) helped the Yankees increase their lead to 10-5.

After forcing the game into extra innings, the Red Sox took a 12-11 lead when Ty Condon (walk) scored on a wild pitch with the bases loaded.

In the bottom of the seventh inning, the Yankees received three free passes from the Red Sox to load the bases with one out. AJ Hernandez tied the game at 12-12 with a rbi single to centerfield. With two outs, the Justin Perez raced home on error to secure the win.

In an anticipated rematch of the 2015 final, the Green and Gold put their bats to work for a 11-1 win over the second place Hampton Inn Yankees.

Although the A’s received five free passes in the first inning, they sent 14 batters to the plate in the bottom of the first inning and methodically used the entire field to open up a 10-0 lead. After Quinn Kortick garnered a walk on a ten-pitch at bat, he scored on Brendan Griffin’s opposite field double to right-center. Liam Gravier followed with a single down the right field line to score Griffin. Marc Cesana, then, singled down the right-field line putting runners at the corners. After Gravier scored on a wild pitch, Mike Grenier walked on four pitches. Ethan Chasse, the A’s leader in runs batted in, hit a two-run single to right-center for a 5-0 lead. Lane Davide executed a perfect safety squeeze to score Chasse with the sixth run of the inning. With one out, Ivan Matteson, Tyler Garafalo and Quinn Kortick all walked, loading the bases for Brendan Griffin, who hit a two-run double to the left field fence. Liam Gravier made it 10-0 when he lined a two-run single to right-center.

In the bottom of the third inning, the A’s added one more run when Quinn Kortick lined a triple down the right field line and scored on a fielder’s choice by Brendan Griffin.

Despite issuing six walks in four innings, the Athletics triad of pitchers (Mike Grenier, Liam Gravier and Lane Davide) only gave up two singles to Calvin Battersby and Alex Titelis.

Michael Grenier picked up the victory by striking out four batters in two innings of work.

In the Loser’s Bracket Quarter-Finals, the Red Sox held off an upset-minded Mets team, 10-8.

After falling behind 7-2, the Mets scored four runs in the top of the fourth inning on two walks (Cole Faneuf and Jon Rice), one error and hits by Nolan Heinz, Nick Pedus (double) and Evan Firth (single).

The Red Sox scored three runs in the bottom of the inning for a commanding 10-6 lead. Scoring runs for the Red Sox were Kaidyn Mitchell (reached on an error), Derek Petrarca (walk) and Leyton Belanger (walk). Providing a key hit in the inning was Drew McCaughey.

An eight-run third inning allowed the Red Sox to advance to the Loser’s Bracket Final in convincing fashion over the Elmwood Sports Orioles, 14-6.

In another roller-coaster game, the Red Sox surprised the Yankees and advanced to the WWCRL Championship with a 15-10 victory. The teams, who met for the fifth time, combined for 22 hits (10 extra base hits).

As has been customary, the Red Sox jumped out to an early 3-0 lead in the first inning with the help of Jack Boulay (single), James Proulx (reached and scored on an error), Ty Condon (double) and Kaidyn Mitchell.

In the top of the third inning, the Sox built a 7-0 lead when they scored four runs on a hit batsman (Adam Marsh), one walk and hits by Kaidyn Mitchell (rbi triple), Leyton Belanger (two-run single) and Sean Tavares.

The Yankees cut the lead to 7-3 when Cole O’Brien (lead-off single), Calvin Battersby (rbi double) and Logan Dean (walk) scored on an error and single by Alex Titelis. The Yankees scored seven more runs over the last three innings, however, the Red Sox kept scoring (8 of their 15 runs) in the top half of each inning en route to the playoff win.

Despite playing so many games in a short period of time, the Red Sox played with grit and determination to force an “if” game. In the top of the first inning, the Red Sox took a 3-0 lead on two errors, an rbi single by Ty Condon and a bases loaded walk issued to Derek Petrarca.

The Red Sox lead would last for three innings, as starting pitcher Ty Condon struck out four batters in the first two innings and reliever Adam Marsh pitched out of a bases-loaded jam in the bottom of the third inning by striking out two batters.

In the bottom of the fourth inning, the Green and Gold scored four runs on a walk, hit batsmen, one error and one hit. 12-year-olds Ethan Chasse and Lane Davide hit back to back singles to lead off the inning. After Ivan Matteson walked, Quinn Kortick was hit by a pitch to force in the first run of the game for the A’s. 11-year-old Brendan Griffin, followed with single to right field that eventually led to the A’s emptying the bases for a 4-3 lead.

In the top of the fifth inning, the Red Sox tied it at 4-4 when Derek Petrarca doubled, advanced to third on a single by Darius Lopes and scored on a sacrifice bunt by Leyton Belanger. Perhaps one of the key defensive plays of the game occurred in the inning, when Quinn Kortick pulled off an unassisted double play to end the inning with two runners on base.

In the bottom half of the inning, Michael Grenier led off with a double down the left field, moved to third on an Ethan Chasse’s groundout and scored on Lane Davide’s rbi groundout to second base. Down 5-4, the pesky Red Sox came back once again and tied the game when Ty Condon (walk) scored on Kaidyn Mitchell’s rbi single.

With one out in the bottom of the sixth inning, the four-time champions won the game when Quinn Kortick reached on an infield single and scored when Liam Gravier launched a clutch two-out double down the left field line for the 6-5 victory. 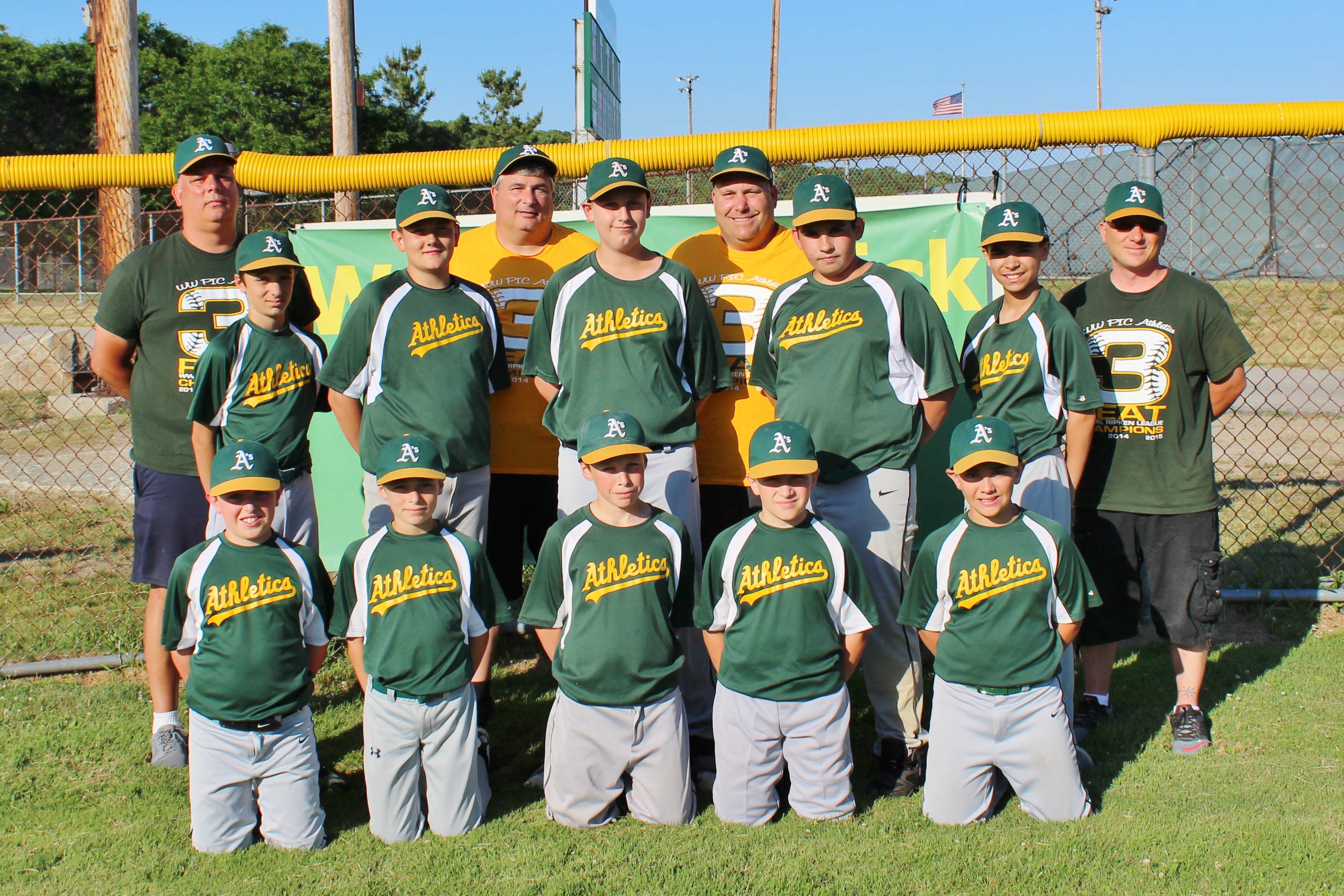 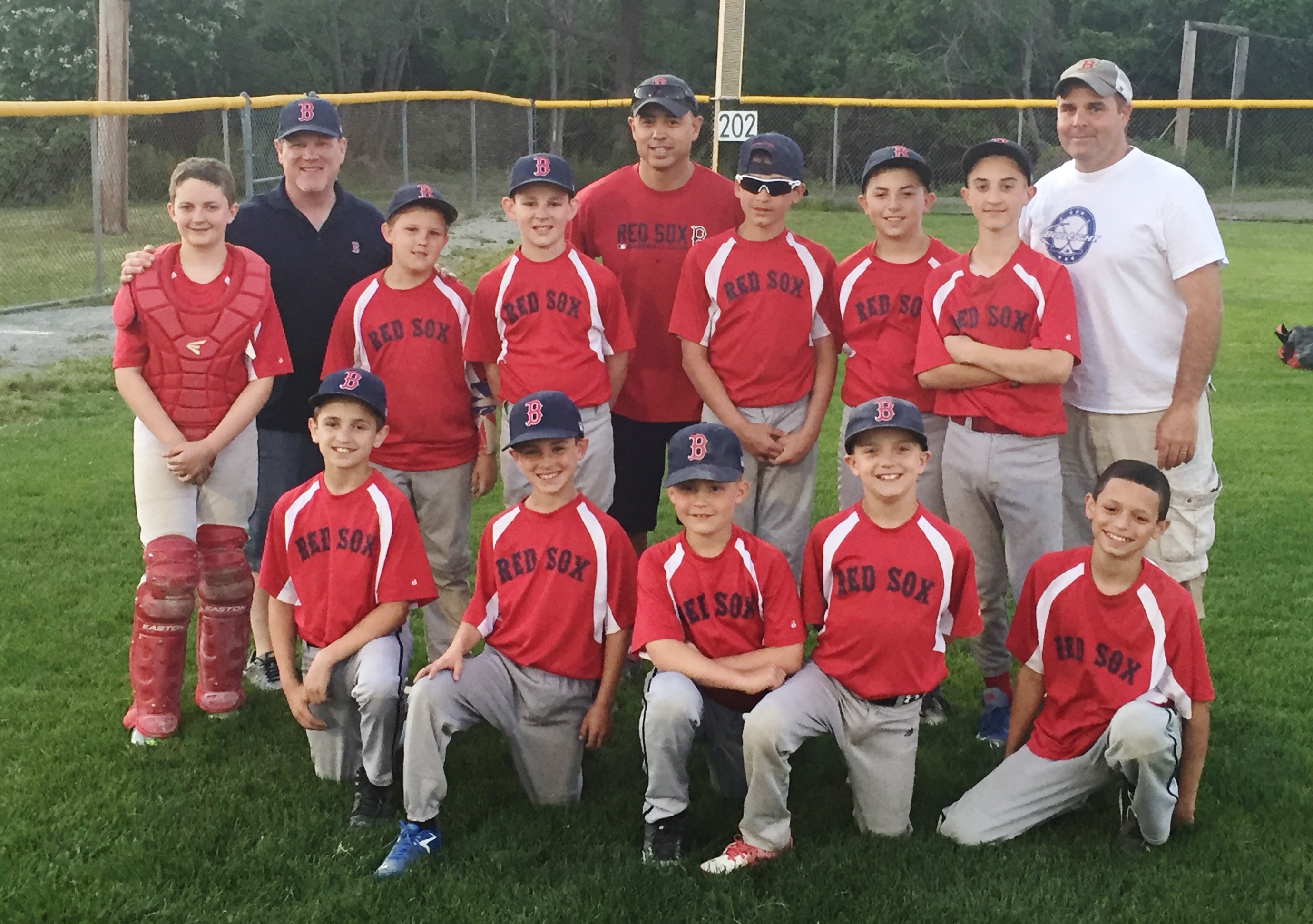